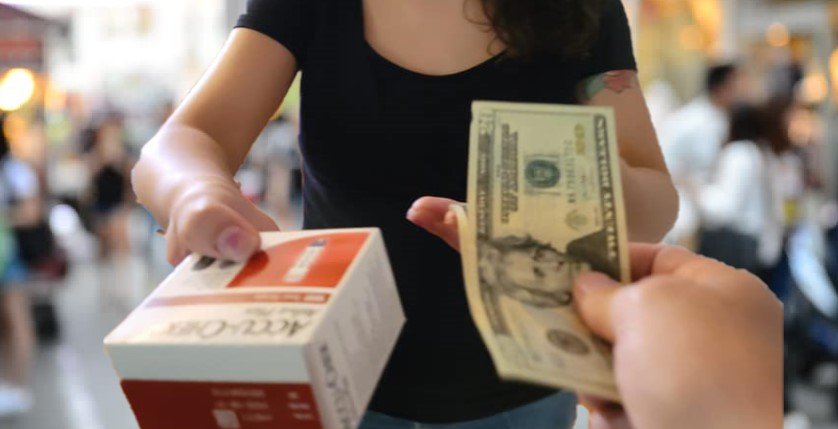 If you are reading this blog chances are you’ve seen an ad on Craigslist, your newsfeed on Facebook, in the classifieds, or printed on a sign on the side of the road in your neighborhood offering to pay cash for diabetic test strips. So, you are wondering why on earth would anyone want to buy anyone’s extra test strips, or better yet why would diabetics even sell them in the first place? They need those right? Yes, of course they need them, but they do not always need as many as they have been given. For many various reasons a lot of people end up with an excess of test strips. For example, people with type 2 diabetes, according to Matt Petersen (managing director at American Diabetes Association,) are provided a fixed number of test strips every month whether they use them or not. Those people who do not use insulin especially will not need to test as often, so they will end up with an excess more often than not.

Other reasons people may have extra or excess diabetic test strips.

There are also several other scenarios in which people may have extra diabetic test strips to sell. Like a prescription change. Sometimes due to a change in doctor, or insurance provider, someone may have to change from one brand of test strips to another. That will often leave leftover boxes from the older brand that go unused. Then there is something called gestational diabetes. Women who are only diabetic during pregnancy typically end up with a pretty big surplus after the pregnancy is over. Another group of people will have extra boxes because of a change of lifestyle. They will start eating healthier, exercising more, and being more responsible. Those people always end up needing fewer boxes than they have in the past and so end up with more. Even people who were never diabetic can end up with boxes of test strips they obviously don’t need by inheriting them from a loved one who has passed. On and on there are more reasons than I can think of for people to end up with extra boxes of diabetic test strips that they do not need and will not need by the time the test strips expire and are no longer any good to anyone anymore.

So then why do we buy the extra diabetic test strips?

I gave several examples of why people may have extra diabetic test strips already in this blog but to answer the question of why we buy them, I must tell you about people on the opposite extreme. Just as there are many people who end up with far more test strips than they need, there are also many people who end up with less. Those people that have more then they need, have so because they have good insurance. Those people that have less than they need, have so because they have no insurance or not enough insurance to cover the ridiculously high cost of diabetic test strips. The pharmaceutical industry AKA Big Pharma has priced them so far out of reach that ordinary middle classed people cannot afford them. So we buy from that first group of people who have more than they need so they can be resold to that second group of people who have less than they need and at a price they can afford. Some are also resold to small independent (mom and pop) pharmacies and even to free clinics at discounted rates. For more information on where they are sold and why, check out my blog “Who wins when people sell there extra diabetic supplies.”


So again, why do people sell their diabetic test strips?

They sell them because they have more than they need. They sell them because if they don’t they will go to waste. They sell them to get paid cash to buy things they actually do need like groceries, or gas money. And I like to believe they sell them because they know they are helping the people who need them most. For whatever reason they sell them, I’m just grateful that they do. Because I like that my job helps those people who need them most myself. This is not a charity; this is a business and I do this to make a living don’t get me wrong. But it sure is nice to know that at the end of the day what I do does help people. From the under insured diabetic who desperately needs them at an affordable price, to the small mom and pop struggling community pharmacy that needs a competitive edge over the big business chain pharmacies who have cornered the market. This industry helps a lot of people.

Thank you for taking the time to read my blog, I hope I have answered your question about why people sell their diabetic test strips for cash and also why companies like mine buy them in the first place. If you yourself have extra boxes that you would like to sell, please go back to the main page and click on the test strip calculator to see how much your boxes are worth. I look forward to doing business with you.