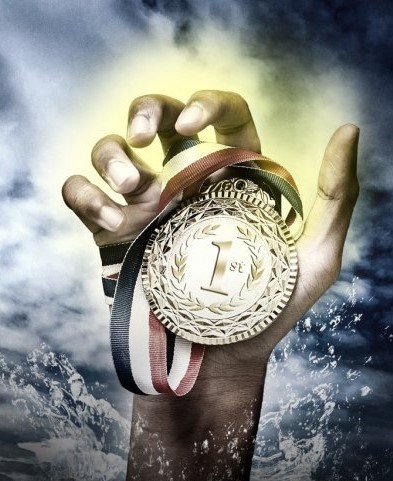 As I mentioned in another blog “Is it legal to sell diabetic test strips,” there are a lot of Click Bait articles on the internet that try to cast a shadow on the medical commodity resale market. In order to sensationalize and drive internet traffic to their blog or news sites they write “investigative articles” about the “grey market” for diabetic test strips. They are always sure to reference the fact that what we do is “technically legal” though. I love that phraseology by the way, “technically legal,” it means that what we do is 100% without a doubt above board and legal. But, saying that does not make for as thrilling of an article. They believe we are doing something wrong though, and I get that, so why not sensationalize something that although legal could be morally wrong? Is what we do actually morally wrong though? That’s a question I don’t think they stop to ask themselves.

Why is there a “Grey Market” though?

For instance, take the fact that they like to call us a “grey market.” Not a black market mind you, because again they know this is legal. So, they call it a “grey market” instead. Another way to say what we do is “technically legal” LOL. Why is there a “grey market” though? They never address that in their blogs. While they try to villainize us they ignore the real villains. In order for there to be any kind of market; black, grey or otherwise, there has to be a demand! Why is there such a demand to buy people’s extra diabetic test strips? Because uninsured and under insured people simply cannot afford the ridiculously high retail prices, that’s why! The pharmaceutical industry AKA Big Pharma has priced them so far out of reach that ordinary middle classed people cannot afford them. Rich people can afford them or good enough insurance to get them, and lower income people qualify for government assistance to get them, but those caught in the middle are screwed. So basically Big Pharma is taking advantage of diabetic people by charging as much as $2 a test strip because they know they need those to live, yet the bloggers and “investigative reporters” focus their attention on us. The people working to bridge the gap as the bad guys in their stories. Sure, we’re the bad guys, whatever gets the clicks man.


What about the pharmacies?

I just blamed the creators of diabetic supplies for the outrageously high prices, but doesn’t some of that blame go around? What about the pharmacies? They make a killing too right? Actually no, not all of them. The bigger companies like Walgreens, CVS, and Walmart maybe but not the smaller “mom and pop” type pharmacies. They barely make a profit because the mark up is already to high to add any real profit too. American Diabetic Exchange does not resell the boxes we gather ourselves, our part in this industry is to collect the boxes for wholesale companies that redistribute them. So I asked one of the wholesale companies we sell too, who our industry helps, and the sales manager for one of them had some really interesting things to contribute. This is what he wrote back to me…

“Some of the boxes are sold to free clinics at discounted rates. Additionally, our industry has been a huge help during COVID19. There has been a shortage of glucose meters, strips, lancets and insulin from the manufacturers during COVID19, and secondary wholesalers filled that gap. If our industry didn’t exist, people literally would have gone without. Also, our discounted boxes provide a profit for struggling community pharmacies – pharmacies in neighborhoods where chains like CVS or Walgreens wouldn’t be caught dead, and where the nearest one is 30 miles away. Only independent pharmacies get this pricing advantage because chains have direct sourcing agreements with manufacturers and they’re contractually obligated to only purchase directly through them.

“Independent pharmacies especially get a raw deal. Their reimbursement rates suck and are determined by insurance companies owned by CVS and Walgreens. Our industry provides huge relief to these disadvantaged businesses, the majority of which (in my experience) are minority owned.

“Test strips and insulin are especially robust too. There’s no public health risk to distributing them to the public at a discount.”

He made it sound almost as if this is some sort of charity, a noble business, only out to help the little man. So I asked him, “what about those investigative reports that accuse us of just being greedy and taking advantage of people ourselves? He replied, “Even in the greediest parts of this business, someone is saving money off the manufacturer and being provided a life saving device or medicine that would otherwise have been thrown in the trash.”

Most importantly, in my opinion it helps the people who sell to us.

You may be asking yourself but what about the people who are selling us their extra supplies. Don’t they need those supplies themselves? I’m sure you may be imagining people neglecting their own needs for a few extra bucks to buy cigarettes or something worse. For the most part that is simply not the case. I mean I say “for the most part” because I’m sure there are some people doing that. Just like there are people who sell their own blood, some much more than they should, for all the wrong reasons. Most people are not like that though. There are all kinds or reasons that people actually do end up with extra, IE more boxes than they need for themselves. There are people who are only diabetic during pregnancy, this is called “gestational diabetes” and after they give birth they no longer need any boxes they have left over. Some people will have their prescription changed, and still have boxes from their old prescription left over. People actually inherit unused boxes of test strips from loved ones that have passed on. Then there are people who change their lifestyle and start eating healthier, or exercising more, those people will usually end up with more boxes than they need. Lastly a lot of people are just over prescribed. Their doctor will tell them to test 4 or even 8 times a day and at first they will do that faithfully, but after so many years they begin to feel like they know themselves and really only need to test a couple times a day max.

All of the people I’m talking about here that end up with extra boxes usually got them for free through their insurance and because of this they have no idea what they are actually worth. They don’t know that the retails rates are ungodly high and a lot of people go without because of this so they throw those extra boxes in the trash. Until one day they see an ad on their news feed, or a bandit sign on a street corner from a company like us that says “cash for diabetic test strips.” If those people are struggling at the time, we become their hero. What would you call someone who is offering to pay you cash for your trash when you need some gas money really bad, or you’re short on grocery money? You were going to throw that box away! Then you find out we will pay you right now, today, for it in cash. I’ll tell you, this is a huge help to a lot of people.

So who all do we help? We help the under insured, the small minority owned mom and pop pharmacy, and we help those people that have more boxes than they actually need. This industry helps a lot of people in a lot of ways.