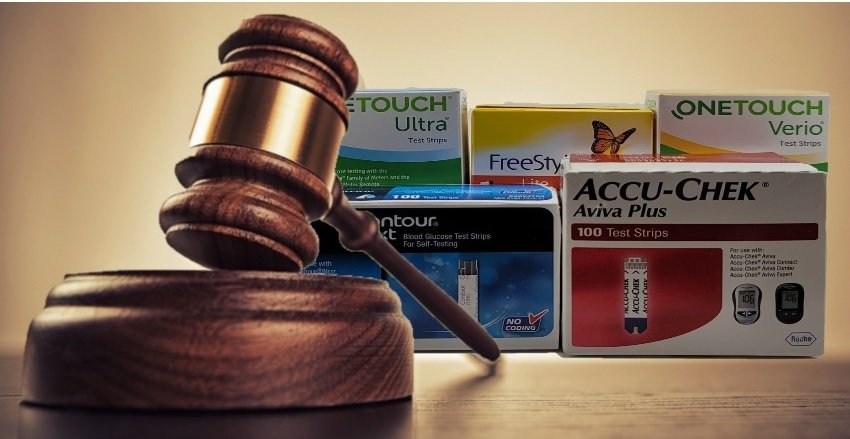 Why do so many people say that it is illegal though?

Simply put, they are either misinformed, purposely by click bait media, or they just misunderstand a common practice.

The common practice is for doctors to prescribe diabetic test strips to their patients. The logic goes, if they are prescribed, they must be prescription medicine. Except that doctors prescribe over the counter medicine all the time. Even common aspirin is sometimes prescribed by doctors. They do this so that your medical insurance will cover the cost. Diabetic Test Strips are outrageously overpriced on the retail market so most people cannot afford them without insurance. This is why the secondhand market for more affordable test strips that we cater to exists, and this is also why doctors prescribe test strips even though they are an over the counter medical tool and not a prescription only drug.

Some people are purposely misinformed though by click bait media blogs using sensationalism to drive internet traffic. They use terms like “grey market” or “technically legal” to make people think they are reporting on some sort of underground medical scam. Gray market is supposed to imply that we have taken something that is illegal and found a loophole to exploit and get around the law. The “loophole” we supposedly exploit, is the fact that there is absolutely nothing at all criminal or illegal about reselling your own personal property, even if that property is a medical commodity, as long as that medical commodity is an over the counter product. Even if you received that over the counter product through your insurance company. Basically, as long as you obtained your test strips legally, it doesn’t matter how you obtained them legally, you can sell them.

What about “mail order only” or “not for retail” test strips. Is it legal to sell those?

Yes even if your box says “mail order only” or “not for retail” it is still 100% legal for you to resell them. Those boxes cannot be resold through a retail outlet, like a pharmacy, or a supermarket but they can be sold by a private individual legally.

Is it ever illegal to sell diabetic test strips

Yes, there are circumstances under which it would actually be illegal to sell your diabetic test strips. If your boxes were received from Medicare or Medicaid, and are marked as such (they usually have a red band at the bottom or the top of the box with the words “For the Use of Medicare/Medicaid Beneficiaries Only” printed on them) those boxes cannot be resold by anyone. Also you cannot sell boxes that have been opened or tampered with for obvious public health reasons. And of course it is not legal to sell diabetic test strips if you yourself did not obtain them legally. Simply put, if you stole them, you can’t sell them. And by the way if you did steal a box of test strips I don’t want them anyway. Stop it, that’s not cool.

2 thoughts on “Is It Legal to Sell Diabetic Test Strips?”